“Portal” and “Portal 2” are mind-bending and addictive. There’s something magical about firing your first “portal gun,” hacking through the fabric of everyday space to unlock whole new dimensions and possibilities.

What if we could do the same thing to the web? Making it easy for players to “fire a portal gun” at everyday web pages, using the Hackasaurus X-Ray Goggles to uncover easter eggs, solve puzzles and run through “hack mazes.” Using cool new tools like WebGL and Tilt in the background to bring cinematic transitions and game-like effects to familiar web pages. Like “Where in the World is Carmen San Diego” meets the hacking the Matrix.

That’s the Minimum Viable Prototype idea I’d like to submit as part of the “Hack this Game” design challenge and hack sprint. Why is it a good fit for the Hackasaurus project and road map right now? Because it seems:

In the same way that the portal gun alters your sense of reality, so do the X-Ray Goggles — revealing the web as something malleable, tinkerable, made by all of us. With glowing bits of Matrix-like code just under the surface that we can mess and play around with. Safely experimenting, remixing and breaking things to see how they tick. What would the basic game mechanics consist of? Players would use the X-Ray Goggles to solve puzzles and advance through a hack maze. These mazes can be created by us to start, but ultimately be created by players / educators / game designers / interactive storytellers / anyone.

Spot and unlock hacks to advance. In the same way that Portal presents you with a locked room and a portal gun to try and get out of it, Hackasaurus would give you a familiar-looking web page — but with a difference. One of the elements is different. Something’s been altered or remixed somehow. Maybe the photo on that New York Times page has been changed to a picture of somebody’s Cocker Spaniel. Or maybe the Google logo has been transformed into a sock monkey. Can you spot the hack — and use the X-Ray Goggles to change it back? Or remix it yourself? Once you do, the page itself can start spinning and twisting and come to life in crazy ways (using WebGL, Tilt and other HTML5 magic behind the screen). A portal opens up around your hack, and it feels like you’re stepping through the guts and DOM of the web page itself. Like seeing the glowing green code behind the Matrix, sucking you through the web to the next page in the maze. How would players create hack mazes?

What would the basic steps in the user experience for creating a hack maze look like?

The best mazes can become popular games and puzzles for Hackasaurus. Hack Mazes could have themes, learning outcomes, or just be hilarious. An educator could, for example, create a Hack Maze on geography, where flags or labels on a map are re-arranged and students have to use the X-Ray Goggles to put them back. Or you could create a Hack Maze for School of Webcraft that teaches the basics of HTML, CSS or Javascript along the way. The beauty is in letting players decide and make up and share their own experiences. Play as participation, participation as play. 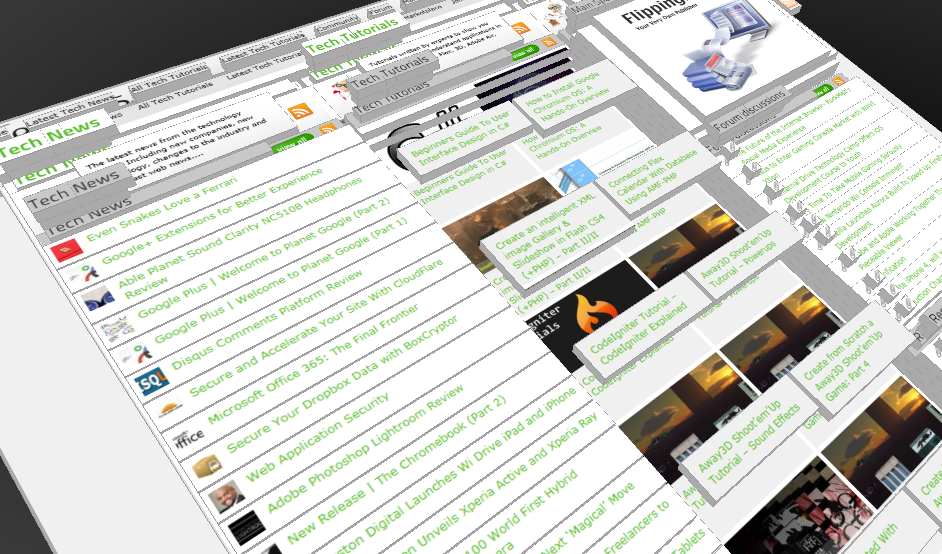 Build this game: Want to get involved?

Hackasaurus will be running an ongoing “Hack This Game” design and developer challenge. To create and share games and puzzles for the X-ray Goggles, making web-making and tinkering fun for kids aged 11 – 16 (and ideally adults as well).

We’re looking to get game designers, web developers and HTML5 enthusiasts together to swap ideas and code. The only restriction: game concepts have to involve the X-Ray Goggles in some way. Here’s how to get involved: