What interested you in taking this camp?
“It sounded cool and it’s fun and exciting to hack with my friends.”

What do your friends think about this stuff?
“I think they’re jealous because we know how to hack!” “Yeah, we’re becoming cool coders.”

What do you like to do on the web?
“Facebook, You Tube, WorldEducationGames.com… But that site isn’t free any more.”

What tools have you been using so far?
“Using Scratch to make games and animations, and we used Hackasaurus on Facebook and Google too… It didn’t even look like Google any more — we made it look all alien-like.”

Who’s tracking you on the web? Mozilla’s Mark Surman talks with TVO about Collusion, privacy, and why it all matters to the web’s future.

Hackable games: “Games are where the people are”

Mozilla Foundation ED Mark Surman on the potential for HTML5 to create a new world of “hackable games,” using the web as “level editor.”

These games will let you pull assets and data from across the web into your game world. And, they will let you remix, fork and share to your heart’s content. The result will be fun for people who like games — and huge potential for webmaking and learning.

The first glimpse I got of this was Jono Xia’s RunJumpBuild, a very simple side scroller level editor. While RunJumpBuild is rudimentary at this point, it shows an important idea: web games can pull anything with a URL into a game. A picture. A sound. A video. Data. RunJumpBuild is designed to let people create game levels that are made up of the web.

We should create an ‘app’ inside make.mozilla.org makes it easy for people to make, remix and share webpages / simple apps. This should be called “Webmaker” or “WebpageMaker.”

Building on what’s been started with LoveBomb and StoryThing, the WebMaker app would be designed to let people: Gearing up for a big Mozilla Summer Campaign (part 2)

Last week we told about how we’re gearing up for a big honking Mozilla summer campaign. This week, we have a roadmap and plan: 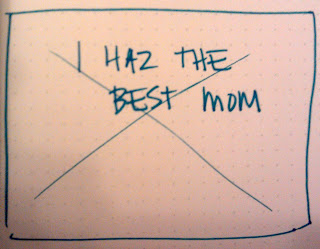 We want to run a Love Bomb campaign around Mother’s Day, where participants remix templates to express their love and learn some basic HTML and CSS in the process.

As our event kit charges forward we’d like to remind you what kind of fun can be had at a Mozilla event.